Luis del Villar is one of Barcelona and Ibiza’s musical gems. With over 30 years in the music business, he began spinning in various clubs around Barcelona in 1985. In 2010, Luis del Villar began a series of successful nights in Barcelona, which was the perfect backdrop to the already sexy house sounds that he had been known to entice audiences with. His regular residences in the city included Pacha, Buddha Bar, Oshum, Catwalk, Roxy Blue, City Hall and a list of other well known venues.

Now playing all around the world in the most exclusive clubs and private parties thanks to his global known podcast “Ibiza Sensations”. His sessions have more than 22 million downloads since 2010, making him the most listened Spanish dj in the world thru podcasting and considered a “must see” Dj in the international scene with his silky and sophisticated sound of luxury. Number 1 on iTunes in more than 20 countries and the only one Spanish dj in the USA and UK iTunes top 100 regularly. The podcast is also air played in up to 100 radio stations around the world from Russia to Philippines, USA to South Africa, Spain to Brazil.

In Ibiza he had played at well known places like Ushuaia Beach Club, Km5 and Bora-Bora, but since 2013, Luis hosts the “Ibiza Sensations” party at Ocean Beach Ibiza in Sant Antoni de Portmany, one of the most glamorous beach clubs from the white island and also plays at some special events where is invited. During the winter season is resident dj playing all Saturdays at Eclipse Bar in the famous W Hotel Barcelona and monthly resident at the Wahm Lounge inside the luxurious W Doha in Qatar. During summer he is also playing at different festivals, including Tomorrowland in Belgium, the most important one, being one of the few Spanish Djs playing there in the 2015,2016 and 2017 editions.

Born in San Juan Puerto Rico, when he was 4 years old moved to Buenos Aires Argentina, where he grew up surrounded by an artistic family environment where from an early age he develops his fondness for music. Bryan Peroni started his trip in to the real scene of Electronic Music quite some time ago. It wasn't until around 2002 that he ventured to the other side of the decks and became a Professional DJ / Producer. He sampled different genres and found his niche in House music from where develop his style. Since then he has continued to impacting on the decks with his music and energy the masses at the Clubs, After-Hours, Pool Parties and every events where he has played.

Currently resides in Miami Florida as a base from where continue to expanding and growing his music by from around the world. He Play and had residences in renowned Nightclubs in Miami, California and NYC.

Before moved to the US, He played in the most prestigious Clubs of Buenos Aires Argentina, ClubOne - Arkos de Palermo - El Divino - Opera Bay - Cocoliche, are some of them.- but he ́s career make a turn when he started being Dj Resident for Ministry of Sound at Club Pacha Buenos Aires where he shared the night with renowned Djs. In those more than 14 years of his professional career Bryan Peroni been played with excellent Artists like Nick Warren / Erick Morillo / Mark Knight / Arty / Zoo Brazil / Chris Fortier / G-Pal among many more.

For 4 consecutive years Bryan have residency in Ibiza , Balearic Island in Spain during the summer season playing during this past 3 years at the iconic Beach Club of the white island, Bora-Bora and in 2016 at Eden Ibiza Nightclub. He's forms a part of the Dj roster of the prestigious BACCANALI Parties from Spain http://baccanali-ibiza.com/

Now a days he is working in new music productions in the studio to continue his own and particular sound.

Bryan Peroni is definitely a talented up and coming artist that is bound to do great things in the scene and is one to keep watching. His passion for music is evident with his productions and track selections of music in every gigs he does. It is always a treat to see and hear him play. It is an experience to remember and fans will be sure to come back for more.

"Music is my first love, is a passion and goes beyond liking. It's a way of living. Music is essential for my life" BP.

After 14th years with Pacha, sharing nights in Ibiza with artists such as Erick Morillo, David Morales, Harry Choo Choo Romero, David Guetta, Swedish House Mafia, Marting Solveig, Bob Sinclar or Pete Tong among others and making Pacha tours in countries like South Africa, Egypt, UAE, Philippines, Singapore, India, EUA, Colombia, Brazil, France, Russia, Chile, Juan continues to lead in worldwide tours of Pacha Ibiza , closing its tenth anniversary in a NYE Event in Doha (Qatar), a party that will be full of glamor and the essence of Pacha, with the style and musical class that characterizes Juan.
On the production front, having published works on labels like Pacha Recordings, Stealth Records, Strictly Rhythm , Kontor Records, Bambossa Records, Juicy Music , Electrik Soul , Milk & Sugar Recordings, CR2 , Pornostar , Mansion Recordings, Stereo Productions , Swank Records , Urbana Records, Juan just finished a remix for Erick Morillo, Jose Nunez and Shawnee Taylor , along with Harry Choo Choo Romero. Already published in the prestigious label Subliminal Records, one of the most legendary labels of the house music scene. Also he has just released on his own label Marfil Records, a new track with his partner Jorge Montia. A record that is having a very good impact and sales at the major digital stores. Currently Juan is working on a track with the prestigious American singer Shawnee Taylor, a track with a big groove and full of feeling… stay tuned! 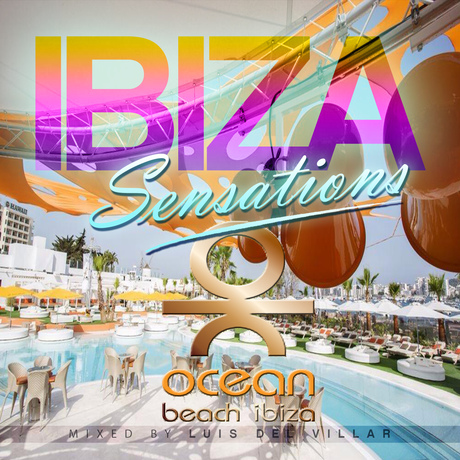 Catalan born Piem it seems was destined to journey into the world of underground music, having been exposed to the sounds of the 90’s & early 2000’s House Music and making his DJ debut aged only 16 in a club for over 21’s. This only paved the way for a man who pays tribute to his early experiences which have heavily influenced his sound, to become a firm favourite on the Barcelona club scene, performing at most of Barcelona’s popular and iconic venues. Piem has become synonymous for his seemingly effortless performances delivering a real underground, crowd pleasing sound built on natural grooves & solid bass lines, earning himself residencies at the W Hotel Barcelona & CDLC Barcelona.

Having seen his career start at such an early age Piem dedicated his time to perfecting his sound leading him to share the decks with artists such as Technasia, Chus & Ceballos, Booka Shade, Danny Howells, Xpress-2, Andrea Oliva, Wally Lopez, Dosem, Roger Sanchez, Tuccillo, MK, Sandy Riviera and some other reknown artists seeing himself perform at venues such as Club Space (Miami), Heart Nightclub (Miami), Space (Ibiza), Pacha (Ibiza), Jungle Experience (Thailand) and Fire & Lightbox (London). It was inevitable that the talented musicians would turn to production and his hard work and dedication pushed him to try to interpret his style of playing into playable tracks. Since his 1st release back in 2012 Piem has grown into his sound, securing himself releases on labels such as Knee Deep In Sound, VIVa Limited, Toolroom, Glasgow Underground, Fashmob... Many of his productions have found themselves being, supported, charted and in the playlists of many top artists such as Carl Cox, Nic Fanciulli, Hot Since 82, Dubfire, Anja Schneider, Paco Osuna... so its no surprise to find his music regularly being charted and climbing the Beatport & Traxsource charts.

French DJ and producer based in Barcelona, Peter Brown has already achieved great things since exploding onto the scene in 2004. His sound ranges from Deep House to Tech House and always rocks a musical vibe with production levels that are hard to beat also highly sought after across the globe.

Constantly impressing his fellow industry leaders his releases have appeared on outstanding labels such as Toolroom Records, Hotfingers Records, 1605 MUSIC THERAPY, Spinnin' Records, Ministry of Sound, Zulu Rec, Safe Music, Hall Of Fame, Urbana, Pacha Rec, Housesession, Jungle Funk, Sphera and have consistently reached the top echelons of the Beatport and Traxsource charts and have received radio support from some of the most important dance radios in the world like Radio 1 (UK) , Maxima Fm (SP) and Radio FG (FR).